Umang 2022: Choreographer does not miss a chance to give a kiss to Shah Rukh Khan; proving that he leaves the ladies whipped as he did 30 years ago 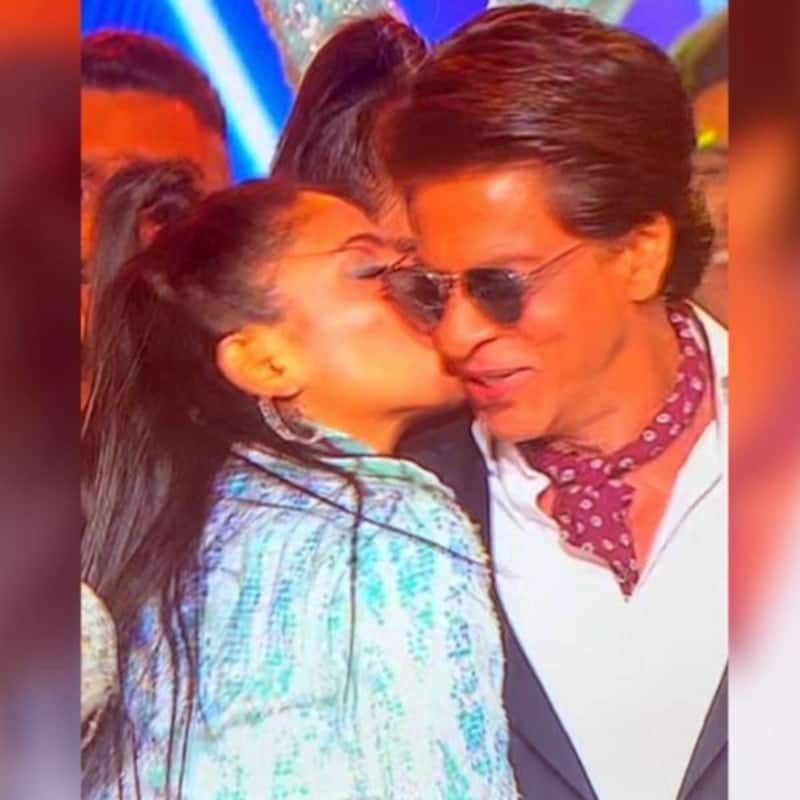 Umang 2022 happened last night. While the event will be telecast on a later date, the performances have happened. Shah Rukh Khan performed this year for Umang 2022. King Khan took to the stage dressed in a white shirt with black coat. He also did a fun skit with Bharti Singh who was the host for the evening. Shah Rukh Khan, 56, proved that he is still the No.1 of so many women in the country. Choreographer Yolanda Alleluya has shared a picture where we can see her giving him a kiss. It is the perfect fan girl moment. Take a look at the click… Also Read – Johnny Depp features in Paul McCartney’s Glastonbury performance; Amber Heard fans left ‘deeply disappointed’ with Beatles singer [View Tweets]

She captioned it, “And then again this happened..!! Never missing a chance to kiss the King Khan, Shah Rukh Khan @iamsrk…I’m outta words to describe how this really feels.” She was not the only gal who got love from Shah Rukh Khan. Tamil host and actress Dhivyadharshini also had her moment with the Pathaan star. She had met him recently in Chennai for an event. The star travelled to the city for the wedding of Nayanthara and Vignesh Shivan. Also Read – Did BTS Jin enjoy dosa in Jeju? Desi Bangtan ARMY is confused and it’s hilarious AF

Shah Rukh Khan did a live with his fans to celebrate his 30 years in the industry. The first look of Pathaan was also unveiled for fans. The superstar has three big films lined up in 2023. There is Pathaan with John Abraham and Deepika Padukone. We have Jawan that stars Nayanthara and Sanya Malhotra along with Shah Rukh Khan. The filmmaker is Atlee. This is his first venture with a South Indian filmmaker. Besides he is doing Dunki with Rajkumar Hirani. This is his much anticipated and long awaited collaboration with the Munnabhai maker. Also Read – As fans wonder about Alia Bhatt’s sudden pregnancy; a look at 5 Bollywood actresses who got pregnant before marriage

Shah Rukh Khan had been away from films after the debacle of Zero (2018). He incurred a loss of Rs 70 to 80 crores with the movie.

Are You Ready to Be Surveilled Like a Sex Worker?

5 Key Qualities of a Great Teacher