Ranveer Singh is in the top league of actors. His acting chops are loved by all and his edgy dressing too grabs him a lot of attention. Of late, the Padmaavat actor has been in the news because of his nude photoshoot that he pulled off for Paper Magazine. The pictures went viral on social media in no time. Though many appreciated him for going bold, quite a few trolled him too. Once again, he has hit headlines for his dressing sense. Also Read – Trending Entertainment News Today: Katrina Kaif-Vicky Kaushal get death threat, Alia Bhatt’s pregnancy glow, Ranveer Singh in legal trouble for nude photoshoot and more

Ranveer Singh gets trolled
At an award function, Ranveer Singh showed up in a kurta and a Nehru jacket. As he dressed up perfectly for the event, netizens are poking fun at him again. A comment on the video reads, “FINALLY SOME DECENT CLOTHES.” Another comment read, “Aj kese itna acha dress-up kiya nude pic ke krn.” One more comment read, “Trophy for what?? Because he imagined the body naked and lying on the ground.. Where are the minds of those who gave him the ‏Trophy, where is it..?!” Also Read – Darlings trailer: Alia Bhatt reveals co-producer Shah Rukh Khan’s golden words after she wrapped the film – no SRK fan can miss it 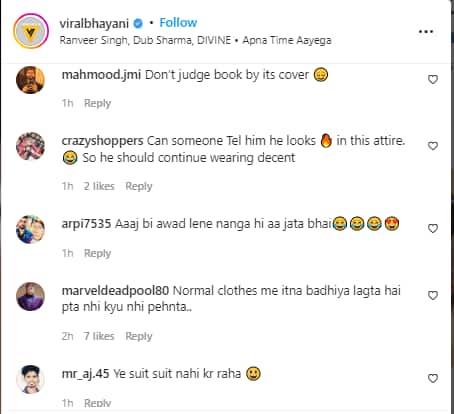 Also Read – Darlings actress Alia Bhatt reveals if she’ll act or produce or do both in Ranbir Kapoor’s directorial debut; says, ‘He called me a tyrant that…’ 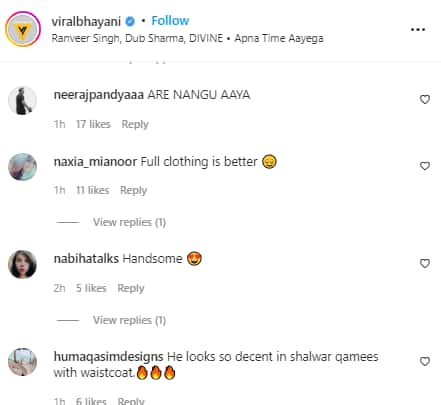 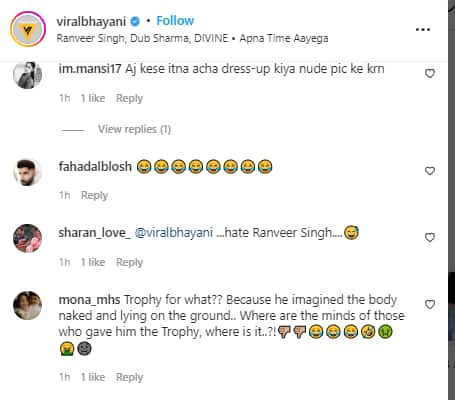 Complaint registered against actor Ranveer Singh in Mumbai’s Chembur Police Station for posting nude pictures on his Instagram account. Police have yet to register an FIR.

Bollywood stars come out in Ranveer Singh’s support
Arjun Kapoor and Alia Bhatt have come out in support of Ranveer Singh and shared their stance against the trolls. Arjun stated that Ranveer is free to do whatever he wants while Alia stated that he only deserves love.