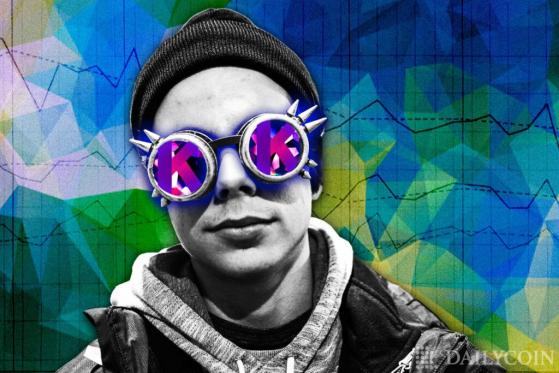 Kadena is a proof-of-work blockchain network created by two former employees of JP Morgan. Stuart Popejoy and Will Martino worked at JP Morgan as leads for the firm’s Blockchain Center for Excellence.

The network claims that it can offer a high level of security to the network. Kadena was one of our best-performing cryptos of 2021, raking in gains of over 7,900% in the year.

Kadena has become an attractive chain, especially to enterprises which look to leverage the high transaction throughput of the network. What successes has Kadena recorded in recent times?

On May 17, Kadena announced the launch of KDSwap, a decentralized exchange for the ecosystem. At launch, the KDSwap offers a variety of Kadena ecosystem tokens, including $KDS, $KDL, and $HYPE.

Kadena promises to include other tokens with time. KDSwap had a less than ideal launch, with users complaining about numerous bugs in the protocol. The Kadena team has promised to fix these bugs with future updates.

In addition, the KDSwap update will come with new features, including multi-asset staking, and additional trading pairs will be integrated. The upgrade is expected to launch in the coming weeks.

A few weeks ago, Kadena announced the launch of a $100 million grant fund as part of the Kadena Eco initiative. The goal of the project is to offer project developers a complete suite to deploy their solutions on top of the Kadena chain.

Through the program, Kadena hopes to support builders to pioneer new projects that transform the world.

After launching the Kadena DEX, the project’s developers have turned to create a mobile application to improve the DEX experience.

Kadena has announced that @XWalletOfficial will launch a smartphone app in June. The app will allow users to sign transactions on their mobile devices, according to the announcement.

The next developments in the roadmap of Kadena could be decisive for the future of the project. In 2022, Kadena hopes to launch a native NFT standard called Marmalade.

Recovering from the market crash inspired by Terra’s ecosystem collapse, Kadena (KDA) is one of the best performing layer-1 protocols.

KDA now trades at $2.61, gaining 3.3% over the last 24 hours. The rally has seen Kadena move up from being the 115th largest cryptocurrency rank 91st. In addition, Kadena now has a market capitalization of $487 million.

Built by employees of JP Morgan gives the Kadena community so much believe in the project. After Terra’s collapse, a community member, @AlterVibeEgo, wrote;

The funny (seriously) thing about this attack on Luna is that it could happen to all POS. All you need is enough money to destroy a project. Whereas, POW is secure and decentralized. With @kadena_io $kda, you get Security, Decentralization, and Scalability! Trilemma!

$SOL live in a Shutdown ok reset the network.$LUNA die bc of the CEO, not decentralized Guys, move to the beginnings POW , build on @kadena_io let scale together.$KDA

Envisioning the possible gains for Kadena (KDA) in the future, Tommy Famous writes;

I belive in the Kadena ecosystem.I think accumulate $KDA at cheap prices $2.00 $2.50 is the right move.In the next bull run #KDA NFT’s built on marmalade will be huge.NFA, just my thoughts.

Why You Should Care

Kadena attempts to be different from other PoW chains, combining consensus with directed acyclic graph (DAG) principles. Kadena aims to speed the development and adoption of meaningful applications that benefit everyday people worldwide.

3 Reasons Why Handmade Candles Are Better Than Store-Bought

Bill Gates doesn’t own crypto because it doesn’t ‘have valuable output,’ isn’t ‘adding to society,’ he says on Reddit