Karan Kundrra and Tejasswi Prakash set the stage on fire in white outfits; reveal badass complaints about each other

By Admin On May 7, 2022 0 0
Share
Lock Upp finale: Karan Kundrra and Tejasswi Prakash set the stage on fire in white outfits; reveal badass complaints about each other

Karan Kundrra and Tejasswi Prakash set the stage on fire with their sizzling hot dance performance. 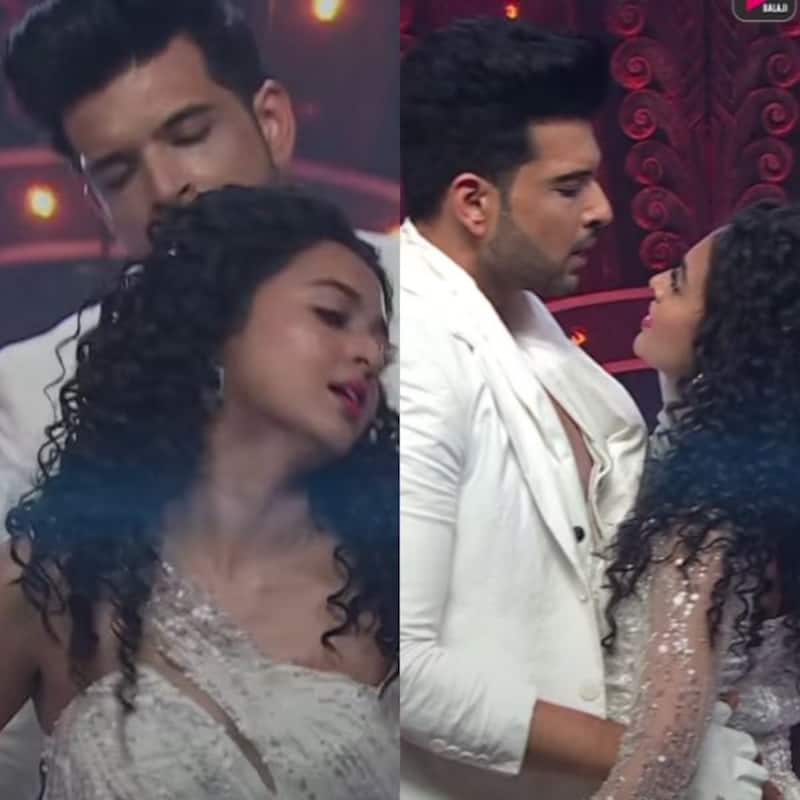 Lock Upp jailor Karan Kundrra sets the stage on fire along with Tejasswi Prakash with their super cure dance performance. The Bigg Boss 15 couple twin in white outfits and look madly in love with each other. Tejasswi who is the warden in the reality show looks beautiful in a white gown. Post their amazing dance performance, host Kangana Ranaut tells the couple to share the complaints they have with each other. Also Read – Lock Upp Finale: Prince Narula exits; chooses a web series with Alt Balaji over the trophy

Tejasswi says that Karan is obsessed with his phone and he loves it more than her. She adds saying that she hates this about him the most. Tejasswi tells Kangana that when she is around Karan, she does not care about her phone. In response to Tejasswi’s allegation, Karan says that he is always on the phone as he keeps admiring Tejasswi. Later, she says that she looks at everything about Karan, and seeing him as a jailor made him fall in love with him even more. Also Read – Lock Upp Finale: Munawar Faruqi fans support the stand-up comedian; trend ‘TROPHY AWAITS MUNAWAR’ [See Twitter Reactions]

Why you need both consumer data and data management platforms

Metaverse is ‘going to be a very big opportunity,’ Qualcomm CEO says

Fans accuse Kangana Ranaut of using Sushant Singh Rajput for her benefit, rap her for…